How and why some catch and release purists could be endangering fishing as a sport.

I slipped away to Hatepe, on the shore of Lake Taupo, Central North Island, New Zealand for a couple days fishing. My visit coincided with a good run of fish into the Hinemaiaia River. I caught plenty of fish, some memorable.

I should have been happy, but my satisfaction with the fishing was, yet again, eroded, by a couple of 'catch and release' dogmatists - visitors to my country.

Now, with my ego firmly placed in my back pocket, I think it is a pretty fair bet, that I caught many more fish that weekend than these two. And both these blokes, watched me catch and release many fish - in fact I only killed one fish.

Wonderful fish it was too. Bright orange-red flesh, firm and just waiting to be cooked and fed to non-fishing guests arriving that afternoon for dinner.

I guess my reaction can best be summed up in a chapter I wrote in my book 'Fishing Smarter for Trout' (read it free online here).

The Catch and Release Dilemma

It was a great day on the Tongariro River (South of Lake Taupo, Central North Island, NZ) some years ago. In one pool I caught and released four fish in less than an hour. Then towards home-time I landed a beautiful hen, fat and silvery. Just perfect for some guests we were expecting next evening for dinner.

I lifted the fish up the beach, and reached for a rock to give it a whack on the head. An angler who had been fishing the same stretch of water with me yelled out, "You're not going to kill that are you?"

Meat hunter? This guy had watched me catch and release four fish, prior to giving this one a knock on the noggin. But my antagonist had not had enough - he stumped up the beach and started to give me a lecture about how all fish should be released. Any arguments I tried to make in my defence were met with a solid wall of dogma.

The fact that this person was not a New Zealander, and did not know the Dept. of Conservation who administer the Taupo fishery were encouraging people at that time to take fish, made the situation worse.

Finally I suggested, forcefully, that he should become interested in sex and travel, sooner rather than later.

In an early chapter in this book, (Fishing Smarter for Trout) I cautioned new anglers against a few in the sphere of fly-fishing who believe it is their mission to ritualize, and propound rules of fishing behaviour. Proponents of fly-fishing dogma. Some fishermen have selected catch and release fishing as their source of dogma.

Dogma: An authoritative principle, belief, or statement of ideas or opinion, especially one considered to be absolutely true.

But here, for better or worse, is the 'word on C&R' according to this Bishop.

There are those who advocate that all trout fishing should be on an exclusively catch and release basis in all water. These anglers are kidding themselves. What they choose to do on a personal choice level, should not by dint of dogma, become the rule for all others.

More important than either of these two points is the fact that for most fishermen catching a fish to eat is an integral part of the fishing experience. Indeed, if it does not remain so, fishing may become an endangered occupation.

But, and it is a big 'but', there are plenty of waters where fishing on an exclusively catch and release basis is the only viable option to maintain or build trout populations.

There are many who believe that fishing is cruel, and 'catch and release' is crueler still.

The fishing fraternity here and overseas has an uneasy alliance of convenience with most of the major conservation and 'green' organizations. This alliance based on the fact that both groups have, to a point, similar aims - the care and protection of the water and habitat to ensure the preservation of fish and other marine life.

But if the sport fishing fraternity become seen as 'villains', by being seen to be subjecting fish to 'cruel' treatment, that alliance will shatter.

Like it or not there are many people, and the numbers are growing world-wide and here, who consider catching fish for sport to be cruel. In their view, to hook a fish, play (a truly unfortunate word) that fish and then release it, is exceptionally cruel. To scale down tackle to make the contest more 'sporting' and prolong the fight further, is crueler still.

But there is another good reason why most other fishermen and I do not fish on an exclusively catch and release basis - I like eating good-conditioned trout, and I like sharing that taste with friends and family.

And I like eating good conditioned-trout that I have caught. There are still enough of my ancestor's hunting genes bouncing about in my body to still enjoy eating something, but nowhere near all, of what I catch. Maybe 3 or 4 a year from amongst well more than a hundred.

While there remain some waters where killing a trout is not going to endanger their populations, and happily there are a number of these waters in New Zealand, I will give a few (very few) a bash on the brow.

So if I decide to very occasionally kill a fish in water that can sustain a limited kill, don't bang on in my ear with catch and release dogma. Enough said! 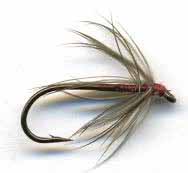