Back in April as the New Zealand summer meandered into autumn, I got an invitation that many anglers dream about.

"Do you want to join us on a helicopter fly-in to the high country above Taupo, (central North Island of New Zealand)?" asked Pam, bless her!

Despite my morbid fear of helicopters after some very dodgy experiences in my time in the army, I hesitated for about half-a-heartbeat, and blurted out "Yes! Please."

The day arrived and of course there was low cloud with drizzly rain, and every chance the flight would be cancelled. But no, the weather over the range was supposed to be fine and clear.

So Pam, me,  and guide Steve clambered into the little round bubble under the rotors, and up, up and away we went over the range-top into the fine, clear sky as promised.

The fly-in revealed the crystal-clear headwaters of the river we were to fish. It was fairly Summer low, with shallow runs dropping into pools where the river turned in an apparently never ending series of bends.

All framed by high country tussock, right up to the mostly steep banks, dropping near to, or vertically into the water. Beautiful!

Out of the helicopter on a small clearing in the high tussock, we rigged up the rods, and that's when things got a bit tense.

Steve, our guide, and a good mate of mine saw the fly I was about to tie on, and launched into a frank and meaningful critique of "that hideous ugly beast".

I suppose his misgivings were based on good experience, but I had some background success with the ugly number. But only in the right conditions - and in my view, the conditions on this day were just right.

For one, the wind was blowing a near gale. For two, the high tussock growing up-to and hanging over the banks, and the few low bushes also over-hung the river. Perfect for launching unwary insects into the air and over the water.

Once over that little tactics conference, we donned packs and waded into the tussock. 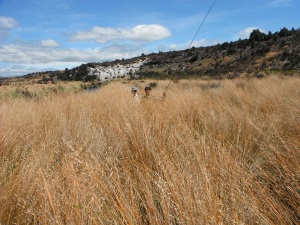 I have spent quite a bit of time in tussock country, especially in the high country of the South Island.

The military can be a funny lot; they kept reminding me it was 'character building'.

But this day the tussock was something, thick and high. We proceeded in expeditionary single file, Steve bludgeoning his way through the herbage closely followed by Pam.

Pam is not the tallest woman in the world and most often all that could be seen of her was her rod-tip.

That is how we proceeded, blast through the tussock to the next pool, seek out the fish lurking within, cast and either hook the fish, or spook it and swear profusely, then move on. Good fun!

And so back to the question of the hideous fly. Most often when chasing NZ trout in crystal clear water smallish rather 'traditional' dry flies are tied on - but I am afraid I lurch well clear of tradition. 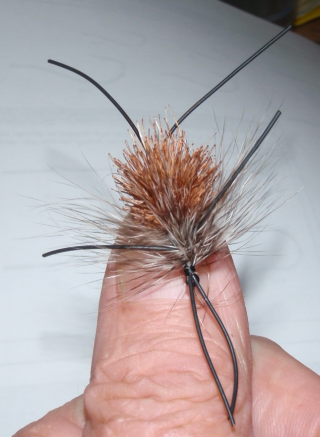 The hideous fly is shown here-about in all its ugliness on my thumb to give an indication of size.

Great long rubber legs, longer the better, a packed ball of deer or elk hair, and upfront a turn or three of a hackle (any old feather, lost and alone on your fly-tying bench) that would lie back to the hook bend. I don't pack the hair too tight, as you see in the picture; I want lots of trapped bubbles when the fly hits the water. I trim back the hackle below the hook.

I like to cast the beast only a rod length or less above the fish and to a point the bigger the splash-down the better.

As indicated earlier this fly works best when the wind is strong to hurricane force. Wind ripples on the surface of the water make the rubber legs wriggle about. It is also the time when land-bound creatures become water-born.

So, how did this monstrosity perform on the water? Well every fish I cast to, rose without hesitation and tried to bite it.

"Tried to bite it"? To my shame and horror, I pulled the fly out of a trout's mouth on three occasions. One will stay with me for a long time.

It was a very big rainbow sitting in the middle of a pool near the bottom, just quietly finning away.

I slipped down the bank behind the fish, crept up to within casting range directly behind it and flicked out the fly. It landed directly upstream of the fish by about six feet.

The trout immediately 'stiffened' and rose up under the fly and opened its mouth so both jaws were well out of the water. At precisely the wrong time I struck and watched the fly pull out of the trout's mouth.

It would be hard to replicate just how disastrous my timing was.

Steve's command of the darker regions of the English language is very wide so his comments were very terse and included the sanitized comment that I was evidently the dumb issue of unwed parents.

As I wrote above, it was not the last occasion I managed to repeat the performance. So did Steve, each time including more examples from his obscenity library.

Despite my occasional stupidity, and despite the howling wind, Pam and I both caught fish, and had a great day. We were tired fishers when we finally made it to the helicopter pickup clearing.

In fact I must have been very tired because, despite Steve's previous misgivings about the hideous fly, I allowed him to raid my fly-box and snaffle a few.

Points decision to me I believe. 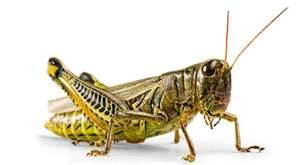