When Fishing It Isn't What You Catch, It's What You Learn That Is Important

There is an old aphorism, now maybe a cliché, that just about sums up the sport of fishing. It goes, 'success is not a destination, it is a journey.'

Snapper fishing, is a good case in point. When we first set out to catch snapper, catching a snapper, any size, anywhere, is our objective.

That fish caught, that success, changes our objective. Bigger snapper becomes the objective. A five pound fish would be good, that caught, a ten pound fish is set in our sights. Then 15, 20, 25, maybe, just maybe thirty plus.

For some, the objective reverses.

Catching a bigger, then bigger, snapper on lighter and lighter tackle becomes the objective.

The goal posts continually change. It doesn't really matter, whether the trip is ostensibly to 'catch a feed', there, in the dark recesses of the mind lurks the dream, the wish, the objective, that the next fish will be the fish that breaks our personal record, or any other record.

Maybe a definition or two will help clarify my thought pattern.

An 'objective' is the target, the aim of an endeavour. 'Strategy' is the plans and activities put in place to reach the objective.

An objective without a strategy, is not an objective, it is a dream.

To me it is the ability to separate objectives from hopes and dreams, that determines whether we will be successful in reaching our fishing goals. (Actually this is pretty much true for all we do!)

A short story may help to reinforce this. Some years ago I was fishing with Mark Kitteridge (then Store Manager of my tackle shop Just Fishin',now Editor 'NZ Fishing News magazine', and John Elliot, NZ Sales Manager of Daiwa, on the Daiwa boat. We were targeting snapper out behind Kuawau Island (Hauraki Gulf, Auckland, NZ)

The area had produced some good numbers of big snapper at the time of the year we were fishing. Catching some of these 20 pound plus fish on 6kg (12lb) gear was our objective.

I took up position in a back corner of the boat, right behind the Berley Mate dispenser. Being Mark's boss at the time, and the guy who pays Daiwa's bills, helped no end to achieve this minor objective.

John and I were using very lightly weighted pilchards, letting them drift down in the gentle current.

Mark, in contrast, was loading up two or three very large pillies, on a two hook rig, and firing it well back behind the boat. My clouded recollection suggests that a skipjack tuna head or two may also have been used by Mark. Big baits, intended for big fish.

John and I were regularly, if not continually, catching a few fish, nothing to get excited about, but a feed none the less. Mark may have had a couple of marginally exciting moments with his big baits, but nothing major.

But towards the time we had to head for home, Mark got excited. We watched as the line started to move away slowly, then as the fish dropped down a gear and accelerated away. Mark struck the fish with several heaves on the rod, and away squealed the drag. It was obviously a good, maybe great fish.

We will never know. The sharp rocks through which the fish was fleeing soon slashed the line. On the way home Mark copped some light-hearted and gently-barbed stick about the fact that he had put no fish in the boat. He said very little in reply.

He might have said to John and I that he had been a damn sight closer to our joint objective that day than either of us, but he didn't. If he had, he would have been right.

John and I were using techniques and baits that were proven to catch snapper, pretty much anywhere, anytime. But by drifting these smaller baits down close in to the berley pot, we were odds-on to be placing the baits in front of the smaller schooling fish.

Our method was not the strategy required to meet our objective. Therefore we were hoping that a big fish would come through the smaller fish and grab our baits.

Hope springs eternal, but it is a fountain under which very few get wet with success.

Mark in contrast, was using his knowledge of the habits of big snapper, to put in place a strategy that was most likely to catch his objective. He nearly succeeded, and as said before he was much closer to the objective than John or I.

It is this single minded devotion to strategies that will most likely achieve an objective that separates the great fishermen from the rest of us. 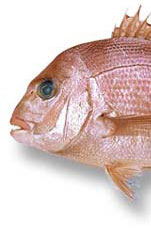 This story detours us to the title of this article. 'It ain't what you catch, it's what you learn'. Maybe this is what separates the sport fishermen from the recreational fishermen.

Recreational fishermen by my definition are those fishermen for whom fishing is an addition to another activity. A day out on the beach, rocks, or boat with the hope of catching a fish. Having a good day out is the objective, catching a fish or two is a bonus, a hope.

The true sport fishermen in contrast uses his knowledge base to target fish that meet his fishing objective for that time and place.

Great sport fishermen use their knowledge base to devise simple, clear cut, myopic strategies to meet their objectives. Very few of the great fishermen indulge in win and place bets. If the objective is a big fish, then that is what they chase.

Not for them the excuse, 'well I was targeting a twenty pounder, didn't get one, but got a feed of pan sized fish.'

Each fish caught, and very often not caught, is an opportunity to add to that knowledge base. Every article read, every video watched, every story heard, further fills the pot of knowledge.

But unused knowledge is just information, and information in itself is useless.

Unless knowledge, is used to devise strategies, techniques, and methods, to help achieve objectives, knowledge is just information.

Too many of us believe that acquiring knowledge is learning. You only learn something when you put knowledge into practice.

I guess the starkest illustration of this, is jigging for snapper.

I remember When the metal jigging boom was in full swing some 25 years ago in New Zealand. Something like 50% or more of the customers who walked through our shop door, had heads full with the information that jigging catches snapper. Out the door they would go, with jigs, and less often the gear to use them, nor the information required to use them.

Back many would come, "jigging doesn't work". "Was the jig on the bottom, each drop?" "Hell no, you loose too many jigs that way." "Were you drifting." "Well no, I tried it while we were anchored, bait fishing." "Were you catching any fish where you were bait fishing?" "No, but jigging is supposed to work." "Did you try jigging under bait or kahawai schools." "No. I couldn't be bothered with all that driving about."

And they will tell their mates that jigging does not work, and they will be right - not the way they tried anyway.

I should not hazard a guess at the number of jigs that are lying rotting in tackle boxes, that have never been used since the first unsuccessful time they were tried, but my guess is it is well over 50%.

It does not matter one iota if you are big-game, snapper, trout, or any other fisherman, if you do not put the information you have into use to try and reach your fishing objectives, you will rarely achieve that objective.

If you do not take the time to use the information you have or to seek more information to use to develop strategies to achieve your fishing objectives you will not achieve them.