Fishing Writers Block, or Much Ado About Nothing 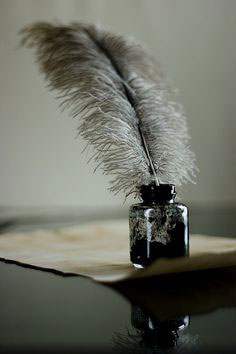 So, there I was, past deadline, and nothing to write about, inspiration badly needed.

For some fishing writers - the ones who write monthly magazine articles or columns, coming up with a subject for an article can be an occasional problem. This can be especially true if the writer has endured an extended period of time away from the water.

I made the mistake of confessing my dilemma to a friend who observed, "should not be a problem Bish, just make something out of nothing like you normally do. Never known you to let the truth get in the way of a good story before."

'Cheeky chap,' (or thoughts to that effect) I thought. As an old advertising and marketing man from way back, I usually write on the basis of 'the truth well told.'

Help was at hand.

I managed to sneak in a weekend - over deadline, but close enough - down to Hatepe on the shore of Lake Taupo (central North Island, New Zealand) and was hoping that the fishing would provide some stimulus for my empty creative cells. My enthusiasm for the trip was bolstered by the reports I got back from the previous weekend. My lad Eddie, and his friend, had an absolute ball, catching over a dozen fish each on each of two days. This, despite low-and-clear river conditions.

I arrived at Hatepe late on Friday night, a freezing July Winter's Friday night. Winter's grip on this country was firm. Usually I would kit up and head out to the 'rip' (the current formed where a river or stream enters and flows out into a lake) but not this night. By the time I got the fire under way to turn the inside of our cottage from a fridge into something approaching warm, I decided an electric blanket set to full-burn was an excellent idea.

Next morning - cooked to about medium-rare - and bright and early around nine-thirty-ish, I reluctantly stuffed myself into waders, draped on my vest, and armed with my rod, crunched over the frozen grass and iced-over puddles to the river.

The river remained low and clear. But armed with Eddie's and other's stories from the previous weekend I marched confidently to a deep pool that usually held fish when fish were about.

This pool requires some finesse. The river immediately above the pool is wide and shallow. But just before the pool the contours of the river change enough to funnel the water into a narrow shoot running along the far bank. Here the river bends quickly bringing the water back toward the angler. Trick is to get the flies close enough to the far bank, so that when they sink they end up in the strongest current flowing through the pool.

My first cast was close to the far bank, too close - and the blackberries reinforced their reputation for taking no prisoners.

This time the cast went where it was supposed to, so did the flies, but their drift through the pool was uninterrupted. The next ten or twelve casts went by without incident, until a little too much weight and a little too little concentration saw the blackberries snatch another rig.

While I was rigging up I watched as two fish broached in the pool, right where they were supposed to be. Enthusiasm rekindled I fired out another score or more casts - nothing took the flies, not the blackberries, nor the snag.

Time for a move to the next pool up the river.

This pool, much shallower and wider than the recently fished one, held some fish. I could see them!

Now this pool requires some departure from what may be accepted as elegant casting, especially if you are unlucky enough to be right-handed, or devoid of ambidexterity.

My method is to face slightly downstream, cast the line downstream and let it straighten out on the water, then using the pull of the current, and the grip of the water to load the rod, heave into a back cast that is actually a forward cast. (See Frisbee Cast)

I aim high above the landing area, because when the flies get near to being above the right place, the line must be pulled back just a little to tuck the flies back under the tip of the fly line. This allows the flies to sink as rapidly as possible.

In this pool the flies must sink quickly. The fish lie just behind two fallen trees that lie in-line with the current. So the flies must land in a triangle of snag free space between the branches, and then drop stone-like to the bottom before the fly-line above drags them in front of the trout's snout.

This morning I managed cast after cast, all falling in exactly the right place.

The Glo-bugs went in the right place too - I could see them. I am not sure about the trout's vision though, they apparently could not see what was right in front of their noses.

Time after time the flies drifted through the waiting throng of fish, each time treated with total ignore.

The only fish that showed any sign of marginal reaction was one that quickly moved a few centimetres to one side, I am sure in response to a fly that actually touched it.

So I changed nymphs, changed leaders, changed the weight of the flies, changed their size, all yielding nothing, zilch, nada, nil and nought.

So I moved onwards and upwards up-river fishing all the pools I knew, and a couple of those I did not. On this journey I managed to lose more than a dozen rigs, my temper a couple of times, and damn near my rod when trying to pull a blackberry bush into a forward cast.

But most frustrating of all was the visible evidence of fish - I could see them - and so could the other anglers on the river. But they too were having the same results as me - no notches on the belt, and rapidly diminishing enthusiasm.

I thought I had reached my low point when I was fishing a pool just below the bridge that is the upper-limit, (a limit imposed in Winter to allow fish to move up to spawning redds and spawn unmolested by anglers) for fishing the Hinemaiaia River in Winter, the river above the bridge closed to allow trout to spawn.

There I stood casting up into the riffled water just above a chute into a far-bank hole, when not a rod length from me a pod of trout swam past me and into the pool. There were a dozen or more fish.

I admitted defeat. It was late in the afternoon and time for me to head back.

But just on the off chance I decided to have a look in the second pool I had fished, the one with the two trees.

As I headed off the main track along the bank and out to the river I could hear voices. There were indeed two boys of around eleven or twelve fishing the pool. Actually, one fishing, one watching.

The fishing one was standing ankle-deep in the shallows flailing the water into a froth with an ancient fibre-glass rod and a cracked, mostly sinking, but once a floating fly line. He had on a Glo-bug behind a weighted 'nymph' that was just lead.

He was casting to the near-bank side of the trees and the drift took his flies some two or three metres to his side of where the fish still lay.

I watched for a couple of casts, and then on the third cast a fish darted from amongst his companions and engulfed the Glo-bug. The boy horsed the fish to the beach, where his friend announced that "it was bigger than the first one."

To prove it he laid the recent fish alongside a fish on the grass I had not seen. Now totally disgruntled I trudged back to the cottage.

The next day, more of the same. Without the kids, thankfully - do not think my ego could have sustained another battering.

So, there I was, over deadline, and nothing to write about - damn shame really. Still I have a couple of weeks till the next deadline.