I have seen the Tongariro River (central North Island, NZ) change within hours from a clear river to a cocoa-coloured torrent, pushing pumice, logs and assorted rubbish at flank speed down-river. Traditionally this sight would see me pack up the car and return home.

I had retired to bed, heavy in the head from a weighty Port or five, possibly and probably more, by any count too many, to the sound of rain, very heavy rain, making pit holes in the motel’s tin roof.

I slept, resigned to a fishless day when I woke.

At Bank Opening hours I unwrapped myself from the bed, to the sound of the entire Red Chinese Army playing war games in my head, and someone banging on the door. Blearily I wandered out of my room, opened the door to be greeted by a German-Australian friend I had fished with many times before. He was all kitted up in full trout-attack regalia.

Bill and an argument are an already lost contest, so I threw on my gear, and we wandered down to the river. If argued, the points I could have made would have been proved. The river was up by close to a metre. Brown, ugly, and unremarkably enough, fishermen-free. Bill persisted in his long, lank- lope along the bank.

“We can’t fish in that flood,” I bleated, struggling to maintain the pace, as last nights Port made my legs leaden, “no fish could hold in that current.”

The first pool we stopped at usually featured an eight or 10 metre wide sandy beach. This day the beach was maybe a metre wide. Traditionally an angler wades out to perhaps a third of the way across the river and casts up and across to the middle and beyond.

Not today. Bill, still standing on the last vestige of the sand bank, unfurled his rod and flicked a lightly-weighted nymph upriver, out only a metre or so from the bank. He held his rod high as the nymph drifted down past us and under the grass bank below.

Bill's attention was Supa-glued to the line where it entered the water. He used no indicator. No point really, only the leader was in the water.

The line twitched, Bill struck, the fish bolted, the torrent helped the fish, but not enough. Soon a beautiful hen of four or so pounds flapped on the beach. This proved to be the runt of the pack as the day, and our fishing, moved on.

We fished all day, seeing no one else on the river, using much the same method. Fishing to little pockets of slack water, under banks, behind big rocks and logs, our nymphs never more than three to five metres from the bank, often much less. I was amazed at how so little water could hold such big fish.

Sometimes we fished little backwaters that at normal river levels were close to stagnant. Now flushed with running water, albeit dirty, these flood streams and pans provided trout with shelter from the main river. Shelter from the river maybe, but not from their most dogged predator.

We landed enough trout to lose count. We lost more. If a fish made it into the full force of the flood-assisted current, the result was invariably in favour of the fish.

These days I rarely leave the Tongariro when she turns brown and ugly.

For a full article on fishing flooded rivers: Fishing after the flood

Yet another case in point:

Brown Trout in the Mud

Bill, the above mentioned Austral-Germanic one, and I, were patrolling the banks of the lower Tongariro seeking the fabled big, bad browns that supposedly infested that part of the river in late February summer heat. We saw a few browns, and caught one or two, but not of the fabled huge size.

As we wandered along the bank, back towards the car, we spotted a big rainbow tucked up against the lip of a wide, sweeping mud bank that extended out over half the river. This mud bank was less than knee-deep.

Bill carefully got down off the bank into the river and waded into position to fish, but because of the low sun could not see the rainbow, so I stayed up on the two-metre high bank, to play spotter. The sun and a light riffling-breeze conspired to hide the fish from me as well so I moved a little further along the bank.

I guided Bill’s first cast that aroused no interest in the rainbow whatsoever. Bill waited on my next instructions with his line streaming out behind him.

Then I saw it – a thundering great brown, one of the biggest I have ever seen. It just drifted out from under the grass at the base of the bank below me and very slowly slid across the mud bank. Slid it did, the water was so shallow about 3 or 4 centimetres of its back was out of the water. I yelled at Bill to stay still, an order Bill did not need as he could see the back of the fish as it slid across the mud.

The brown brute slid across the mud until it was almost directly above Bill, and then it started to drift backwards toward him. Bill stood, unmoving. The fish continued to drift back until it stopped – right under his rod tip.

Just then Bill's rod-tip began to move, and I yelled at him to stand still.

“I bloody am standing still”, he hissed, “there is a bloody fish on my line”. And so there was – a stupid little rainbow had swallowed the drowned dry fly drifting below Bill.

The brown seemed to notice the shaking rod, but without panic, swam slowly across and away, over the mud-bank lip and off into the deep green water. That, as said by Jonathan-John, was that.

We wandered back to the car, not quite believing what we had both seen.

What we both did see on the way back, were two or three big browns tucked right up against the banks, now we knew where to look, but not where we could get in a cast. More lessons turned into experience. There would be another time – and there was - time and time again.

Seek and You Will Find Fishing Knowledge, Grasshopper.

If your fishing mind is open to suggestion and advice very often revelation will come to you. Watching good fishermen and then talking to them will provide an invaluable source.

My fishing background is full of mentors. In the beginning there was a big Maori bloke called Pete who guided me through the intricacies of trout and salmon fishing on the Waimakariri River north of Christchurch. Then a family friend ‘Uncle’ Norm who led me to water and fish throughout the South Island. Later people like Mark Kitteridge, fishing writer and fishing nut, who worked with me at Just Fishin', my tackle shop, for eight years filled more holes in my knowledge. Another was John Milner, then owner of the Angler's Paradise Motel at Turangi, who revealed the mysteries of sinking a wet line to Tongariro River fish. Peter and Stella Gordon at the Te Rangiata Store on the Tauranga-Taupo River revealed more mysteries on the Taupo region in general. Mike Stent at Taupo's Hunting & Fishing Store revealed many of the secrets of night fishing lakes. There have been guides in NZ, and around the world, who have added new insights. There were, and are, many more.

But often the source of revelation was from casual encounters on a river bank or lake shore. A discussion over a sandwich and cuppa about how to tempt stubborn fish provided new clues to put information to work.

I have been lucky enough to fish with some of the best trout anglers on the planet. Their knowledge of trout and methods of catching them is truly extraordinary. Scores of people whose names I do not know have offered me help and advice when they saw me struggling to catch fish.

It is only a guess, but it is probable that more books have been written on the subject of trout than on any other wild animal on the planet. I have read literally hundreds of these books. My own collection contains over 100 trout books. Then there are videos and magazine articles, and now of course the Net.

Add to this bundle of knowledge the countless tips, tricks and how-to's freely offered over the counter of my fishing tackle shop, Just Fishin', that I owned and operated for 10 years, and the total amount of information available to me has been vast.

Over the last two decade I have written nearly a million words on the subject of fishing for local, and overseas fishing magazines. I have hosted radio shows on fishing and appeared in TV fishing shows here and overseas. I addition I have been fortunate enough to have fished all over New Zealand and in many places overseas.

So all this must make me some kind of expert, right? Wrong!

Whenever I believe I have finally got it sussed - trout prove me wrong. Whenever I fish with good guides and good anglers, I learn in minutes what over now sixty years of fishing have failed to teach me.

The mail I receive taking me to task over something I have written, the people I meet on riverbanks who point out something silly I wrote, quickly prove my lack of expertise.

So here is my confession.

Most of what you read in this book is not the result of my ‘expertise’ as a fisherman. It is the result of reading about, listening to how, and watching other people catch fish. Too often when I get on the water a lot of what I have learnt deserts me and I bumble away. It is only when I am trudging along the bank towards my car or accommodation that I ask myself, “why didn’t I try this or that?”

So I encourage you to try some of the methods in this book secure in the knowledge of my twist on that old adage, “try what I write, not what I do”!

My encouragement to try what I write comes from those stand-out days when I also remember to do what I have written. 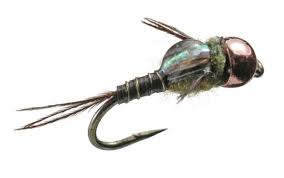